Discover what event in my childhood led to Safe-R Outcomes

Hi I’m Rachael and I founded Safe-R Outcomes in 2016. With a degree in Occupational Health and Safety, and many years experience as a safety advisor in such businesses as Master Builders Queensland I wanted to help as many small and medium sized businesses manage their obligations in an easy way.

But what got me to that stage? For most people going to university to study safety isn’t on the agenda, most people don’t even know there’s a degree for that!

Well, when I was a kid my dad used to work as a welder out in Western Queensland. I didn’t understand the time lines as a kid but he would do a couple weeks at work, before coming home. Often I would come home from school and he would be there for a week or two and then he would be gone again. It was just the way things were.

But one day when I was 6 I came home from school and I heard a lot of voices and noise. I went upstairs and the bathroom was full of men, and my dad was in the bath wearing jeans and his ugg boots. My mum was there too, and everyone was talking loudly and fighting. Next thing I knew my dad was being carried out of the bathroom all wet with his clothes still on. Then the next day we visited him in hospital.

I don’t remember much else except how scared I was and how worried all the adults were. I remember dad didn’t go back to work for a really long time after that too.

As I got older I heard some of the story of what happened. For privacy reasons I won’t go into specifics.

Dad and his crew were on site and had put a 44 gallon drum filled with water over a fire. The drum was unstable and at some point when it had reached boiling point or near enough to it, someone did something stupid and the drum tipped over. My dad was in the path of the torrent of water and was covered from about thigh height and below with boiling water. He was wearing jeans and ugg boots.

His coworkers threw him in the nearby river and then for whatever reason they drove him home to our place and put him in the bath. What I came home to was the debate about whether to take him to the hospital and if they were all going to lose their jobs.

He was the one refusing to go to the hospital.

His injuries could have been much worse considering the skin on his legs and feet was melted into his jeans and ugg boots.

As you can imagine for a child it was very scary.

It wasn’t until I was an adult that I found out it was even worse than I had known.

The man who caused the tidal wave of boiling water couldn’t forgive himself for the injuries my dad had sustained, along with other pressures and unfortunately he committed suicide not long after.

As a welder my dad was always covered in various burns and injuries and it just never felt right to me. As a teenager I decided I was going to be a safety advisor and work in Canada (of all places!).

I didn’t end up in Canada, but I did end up fulfilling my dream to help other kids not to have to go through what I did.

Can’t find the WHS documents you need? … Contact Us 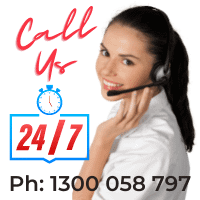